Located in the center of Istanbul Old World famous for its historical monuments and magnificent views, it is an important megalopolis. A narrow strait of the continents of Europe and Asia "Bosphorus", where the left is the only city on two continents. With a history of over 2500 years, Istanbul, followed by the establishment of this strategic region where land meets sea and became an important commercial center. Historic city of Istanbul by the Marmara Sea, is located on a peninsula surrounded by the Bosphorus and the Golden Horn. Here three great empires, Roman, Byzantine and Ottoman Turks became the capital, more than 120 over a period of more than 1600 years emperors and sultans ruled here. It is the only city in the world has this feature. Walls were built further to the west in the development process at a time the city was extended four times. Surrounded by 5th century Roman city walls, built on seven hills of Istanbul, the masterpieces of Turkish art, here were made to "crown" as is decorated with Sultan mosque. Beautiful skyline from all directions, is a wonderful and relaxing views. Very secure natural harbor, the Golden Horn, which had played an important role in the city's development. Taking place at the crossroads of the main road that reaches the sea, a peninsula easy to defend, ideal climate, rich and generous nature, such as strategic control of the Straits and the world in the heart of Istanbul's geographical location is a fortune.

Empire in order to be the capital of the state with administrative center was also the religion, Eastern Christianity till today when the patriarchate was established based in the city, the largest early churches and monasteries of the Christian world had risen above the where the pagan temples. Following the conquest of Istanbul in a period of a hundred years of art in mosques, palaces, schools, equip the city baths and other facilities have crossed the Turkish character, disrepair had translated some repair and modification by the mosque of the existing church. The first year of the 16th century that Islam's Caliph of the Ottoman sultans until 1924, this symbol of the Republic is the center of Istanbul. Judaism is more in every port located in Istanbul, Turkey from 15th century happy and they brought the rescue of Spain, it began a new way of life in this city. Istanbul, mosques, churches and synagogues existence of continuing a tolerance center has been side by side. Cities in the declining years of the Ottoman Empire, rich, flamboyant was adorned with many works, the palace was built under the influence of European art, the northern slopes of the Golden Horn, Galata and Beyoglu districts assumed a European identity. The first world war, which replaced the Empire collapsed in the capital Ankara, carrying the young of the Republic, did not reduce the importance of Istanbul. 2. After started in 1950 and accelerated in the years following World War II unplanned development had a negative impact on the fabric of the old city, unfortunately, wooden houses everywhere are filled with concrete buildings will be demolished quickly. The short time the historic city walls of Istanbul suffered a population explosion with the outside made the migration spilled far beyond, the walls inside the shop, invaded the factories and work places, could not provide a solution to traffic opened the main artery, due to the lack of infrastructure Horn was the first place contaminated. The recovery began in the 1980s has seen moves into Istanbul on a restructuring process. Thousands building was expropriated in the estuary coastline surrounded by green belts are equipped with parks and gardens filled shores of the Sea of Marmara. Drainage systems are completed, physical and biological treatment of waste water, avoiding contamination of the sea surrounding the city, air pollution, has considerably reduced because natural gas is used. Roman city walls restoration started, the lifeblood of a street newly liberated Beyoglu, general cleanliness compared to previous years, maintenance, garbage collection has achieved European standards. Country roads connecting the continent through the Bosphorus with two suspension bridges, the European side has gained rapid tram and metro system finally, speed and comfort in sea transportation with the hydrofoil terminals built on the coast has been provided. Historic half all made out of industrial facilities on the island city moved to a modern site, the new city has reduced traffic congestion and the international bus terminal. The first large concrete structure of the city with the old prison buildings converted into 5-star hotels have been allocated to tourism. In the city east-west axis of the dynamic growth continues at full speed along the Marmara coast, it is growing.

Source: taken from his book of Istanbul Governorship and Istanbul. 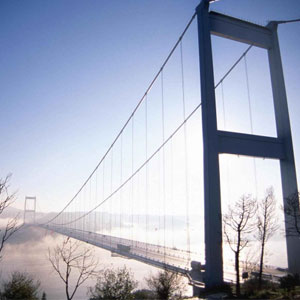 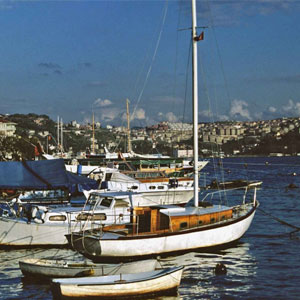 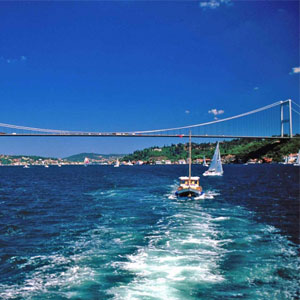 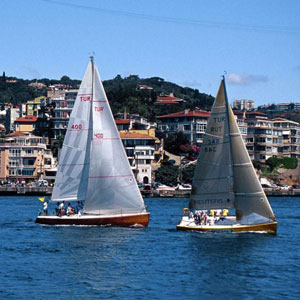 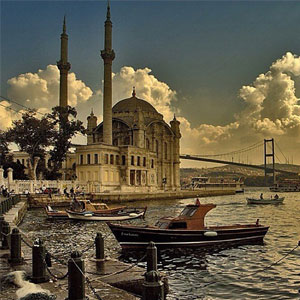 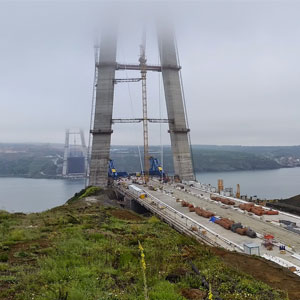 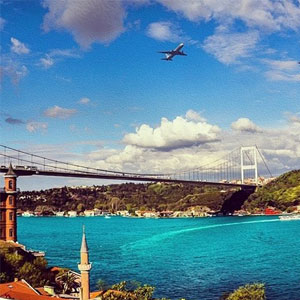 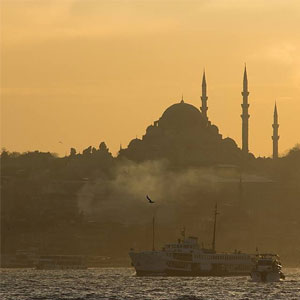 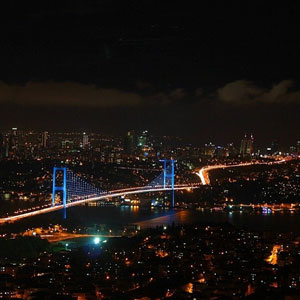 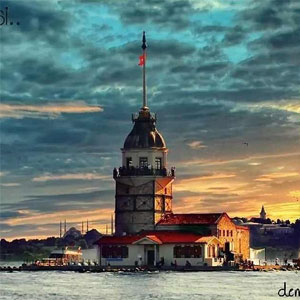 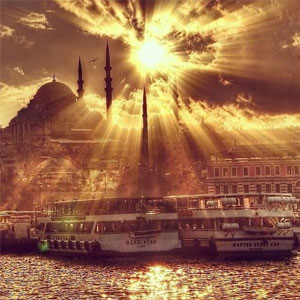 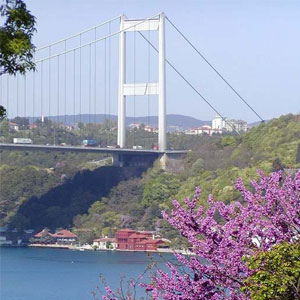 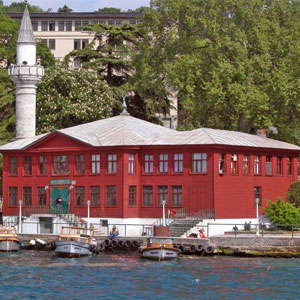 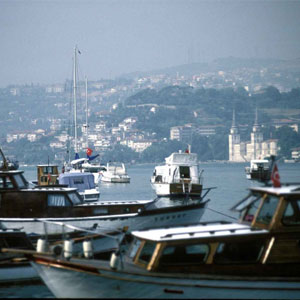 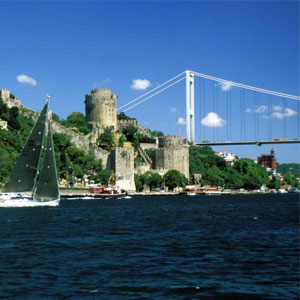 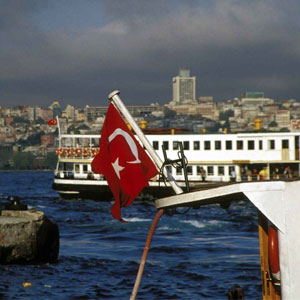 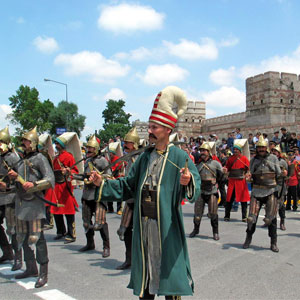 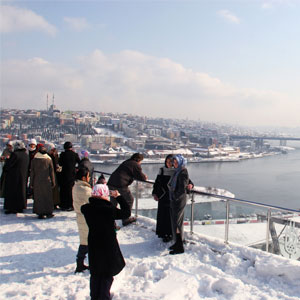 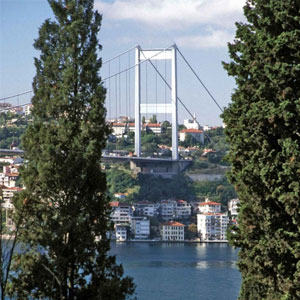 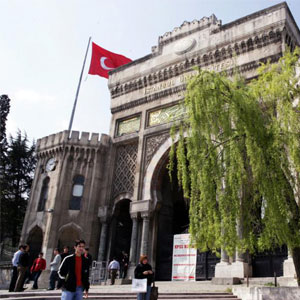 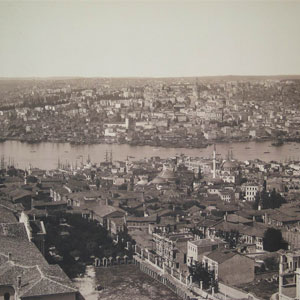 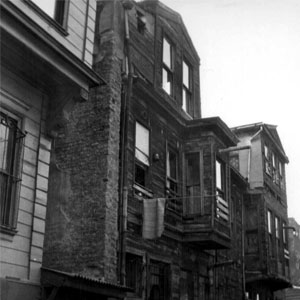